business area
NEWSLETTER
We always useful and interesting to you dedicated:
If you want to stay updated please fill out the form to the side with your details
At all times you'll still be free to turn off the subscription. Thank you!

The Ozoceutica line boasts a new variant of Beauty Spa Ozone: the enhanced Super-Ozone Sesazone 6000. This high-performing ingredient, produced in Cosmoproject’s “Ozone Room”, now contains a molecule able to embed a higher percentage of Ozonides*.
The dynamizing effect brings about a considerable added value.
* as compared to the previous brand product

Ozone and its beneficial properties have been known for a long time...

The result was a dense fluid, somehow unpleasant to see and smell but incredibly valuable, so valuable that it was considered a miracle cure against all evil, an elixir of immortality shaped by the wind and “son of thunder”.

Despite its many virtues and its mighty force, for a long time Ozone could not be employed in the cosmetic field because of one of its core features, i.e. instability, that made it decompose and thus release oxygen. 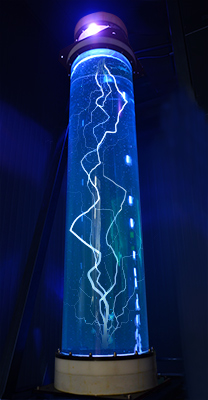 Nowadays, thanks to the technology of ozonisation of unsaturated substrates, it is possible to create a catalytic reaction of addition of Ozone, derived from superpure oxygen and Sesame Oil, which turns it into a stable and bio-available active ingredient:
Sesazone 6000, the chemically standardised Superozone making it possible to apply plenty of biological oxygen on the skin with overt activities.

Now it is obtained without months of oxidation and intense storms: this process of creation of Superozone now occurs in Cosmoproject’s “Ozone Room”, a leading company in the cosmetic field based in Parma, where special reactors reproduce the ozonisation process typical of storms by guaranteeing a stable and super-powered active ingredient.

Sesazone 6000 is the core active ingredient of the brand-new OZOCEUTICA line by Beauty Spa, bringing the whole energy of this exclusive resource both in the professional and home care..

In brief, by using products enriched with this active ingredients, the skin tissue finds a way to work at its best, repair daily damages and prevent hypoactivity.
This brings about beneficial effects on cellulite, critical areas and now - thanks to the re-epithelizing action of this special active ingredients - even on stretch marks.

The wisdom of old times

Ancient Oriental people considered Ozone as a miracle cure.
And they were right: it is indeed a super-powerful and very versatile active ingredient, which is very useful for all skin types and is essential in those situations requiring special care.
These properties are now undisputed and proven by significant clinical studies; by ensuring an energy surplus to the cell, it “reminds” the skin how to perform its daily activity of recovery, repair and regeneration.
1. Action against the signs of ageing
2. Re-epithelizing activity
3. Sanitizing action 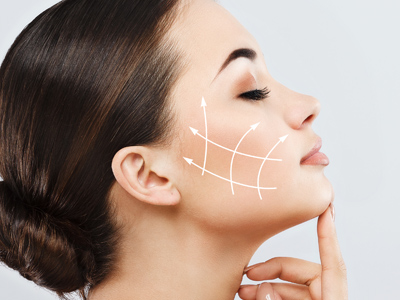 It brings about visible beneficial effects as to the reduction of the signs of ageing (less wrinkles and less deep) and as to the improvement of the complexion brightness and cell vitality. 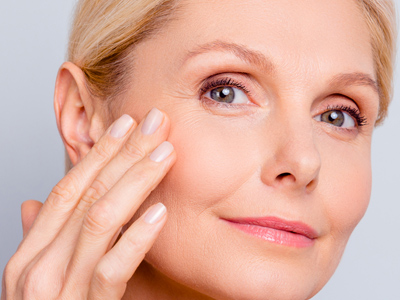 Ozone improves skin’s ability to regenerate and stimulates the epithelizing activity, proving indispensable in case of sensitized, damaged or stressed by external agents skin.
In essence, it is an excellent s.o.s. active ingredient to help skin regain comfort and well-being in the most difficult moments. 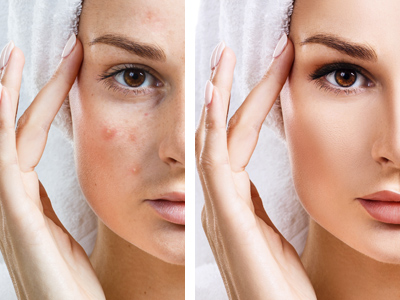